With altcoin price falling like a house of cards, Ripple seems to be on the verge. On the verge of either another nosedive or a long-awaited breakout. What to expect from Ripple? While experts don’t rush to share their opinion, amateur traders come up with their own XRP price predictions – some of which are dreadful. Here’s what people think about short-term future of XRP.

XRP holders are tired of the situation

And they literally express this concern. Due to the long-lasting downtrend, traders are confused and have no idea what to do – keep holding XRP or quitting the game.

Tired off the low XRP price

Who cares? This guy is controlling the price so that he can dump everyday. Biggest scammer of all. Robinhood stole from the rich. This guy robbed the poor investors. Just bla bla and no action!!! #XRPTHESCAM pic.twitter.com/1TNs2Z4f1j

The rumors about XR1 fork only complicate the situation – many Twitter users are sure that it will only suppress the current price level on top of that:

A fork means you get an exact copy of the XRP to the new XR1. And Ripple can now dump there 55+ billions XR1 to make the price go to zero and stay zero.

A clone means everyone starts from zero again.

XRP’s strongest support at $ 0.28 was broken on August 14. Soon after, this support level was tested again and it has now become the strong resistance that XRP is facing. The bulls need to push XRP above $ 0.28 for a while, at which point we can expect a short-term rally to $ 0.33.

The weekly chart bear run is close to the end

XRP/USD is coming to the end of its bearish run on the daily, but still within the triangle on the weekly chart.

Price action is nearing completion of the Level 2 move (2-1, 2-2, 2-3), which will then start the Peak Formation Low (PFL  move which is a Level 3. No doubt, going by past market structure, manipulation will be constant and keep the price at a consolidation zone in order to frustrate the market even more. FXPro32 expects a 3 legged W formation before the first fake breakout of the triangle structure, as noted on the chart. Manipulation will continue before the final drop, which should complete and confirm a level 1 base before launch anywhere between December 2019 ~ February 2020.

Most likely, Ripple will launch towards the middle or end of January 2020 to complete the level 1 move and start on a level 2 move around$ 0.42. From level 2 to PFH (@ 0.58 cents), could be very fast or drawn out. Note that all of the EMAs are starting to fan out, which signals preparation for a reversal of the trend.

When we look at the TDI indicator at the bottom, it also shows we are approaching the oversold area, with RSI approaching the lower outer band. Probably, the market will push the RSI downwards a little more, to form a shark fin before the uptrend starts, breaking out of the triangle structure. The fast EMA (the red line within the TDI indicator) should also follow RSI, although the user expects it to touch the lower band (blood in the water), coinciding with the shark fin pattern. Around October 2019, we will most likely see lower pricing, possibly around $0.20, before the bullish trend starts properly. 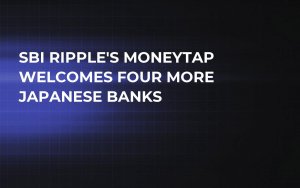 As we see on the chart from user Bullandbeartrading, a bearish pennant pattern has formed on the 4h timeframe. The price closed under the 4h key level. That means XRP is heading lower lows and may touch the $0.22-0.23 zone. This is when it’s the right time to buy XRP – it might be a good trading opportunity.

The bearish period is not over yet – we might witness even lower Ripple prices, which means long-term investors still have time to enter the market and wait. Judging by the above-mentioned XRP price predictions, we should not expect XRP to start a breakout sooner than in November 2019, and most likely, it will even happen in 2020.