Tron might have been entered the crypto-world late, but it has managed to make a name for itself lately, especially in the DApp space. On 18 November, Tron Foundation cheerleader, Misha Lederman, announced that Tron had surpassed 800 million transactions for the first time since its formation. Lederman also flaunted that Tron had achieved this milestone in a short span, “with no hacks, security breach, or congestion.”

“???? #TRON surpasses 800 million transactions since launch.
Not 1 hack. No security breach. No congestion. Not once.
Secure. Reliable. Robust. Accessible.
Facebook has made 51k transactions since Sep.
Perhaps its time FB adopted a battle-tested blockchain like
@Tronfoundation” 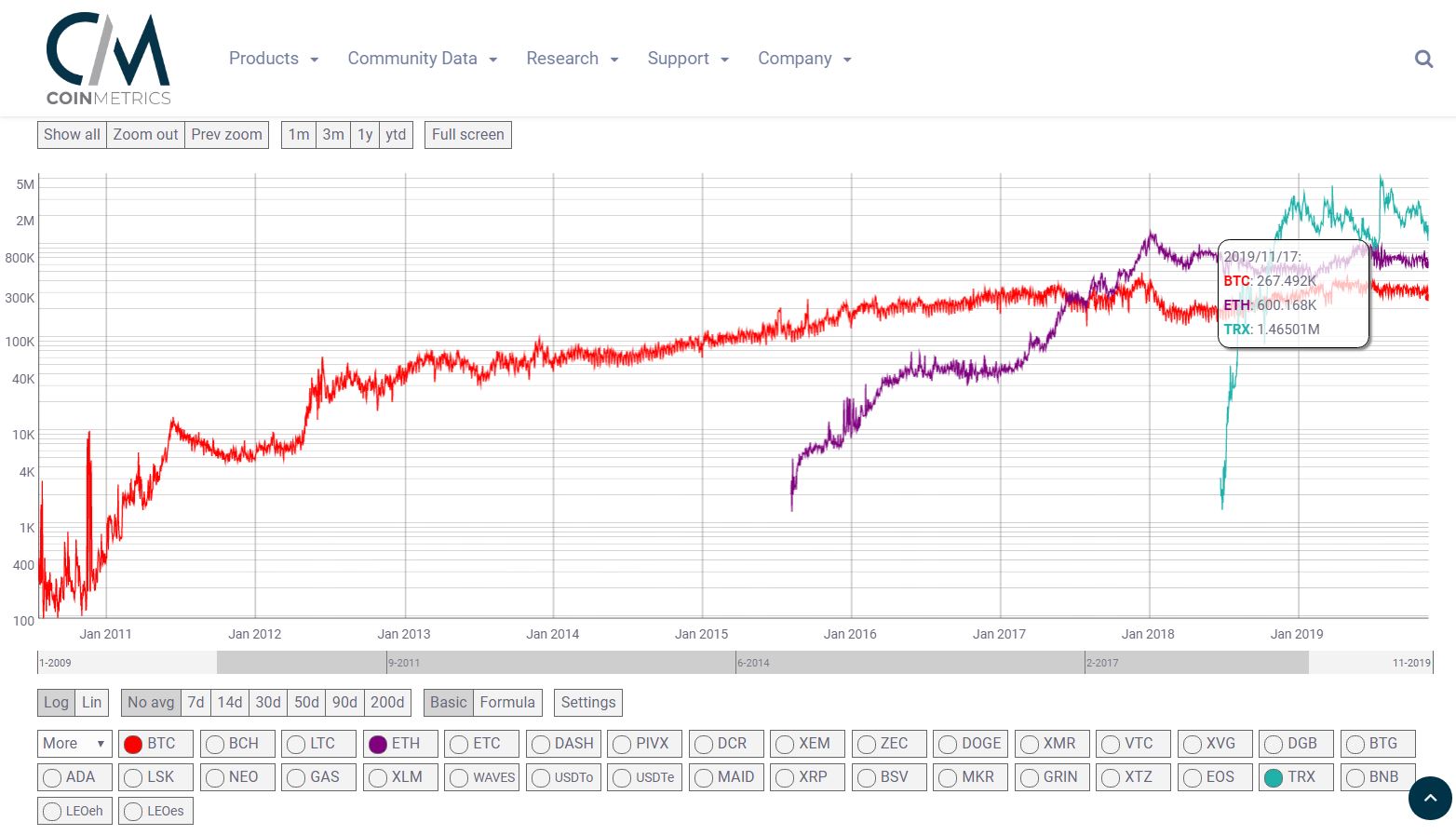 Tron’s On-chain data also revealed that it had exceeded the block height of 14.48 million and the total number of nodes stood at 973. It added 58,989 new addresses over the past week, taking the total account count to 4,114,560. Apart from noting a transaction ATH, Tron also noted 9.63 million new transactions over the past week. Additionally, the Tron DApp count has managed to reach 628, an increase of five DApps since the last week. The number of active users was reported to be 351,300, while the number of transactions was recorded to be 6.04 million. The trading volume was noted to be around $30.81 million.

Apart from the aforementioned metrics, Tron’s Super Representative [SR] program has also been gaining traction, with it receiving support from various exchanges. Poloniex recently became the latest addition in the list to run for Tron SR following Binance, Huobi, and Hitbtc.