Samia Suluhu Hassan, the president of Tanzania, is striving to embrace cryptocurrency with open arms. This move follows that of El Salvador adopting Bitcoin as legal tender.

No doubt the World Bank will not be happy with yet another developing nation jumping on crypto. However, when large swathes of your population is unable to take advantage of the world’s technology boom, any way of jumping in seems like a good idea. While Tanzania doesn’t want to adopt Bitcoin as currency right away, President Hassan directed the Bank of Tanzania to prepare for crypto to come to the country, saying they should be ‘ready.’

At the same time, actual cryptocurrency traders in Tanzania remain bearish on the president’s desire for Tanzania to go crypto. Their experience has taught them that there is nothing like experience.

Education is the key

They’re right. Cryptocurrency education should be the prime focus, and many believe that it should come from the country’s central economic authority. Especially when the nation has such a young population, it’s easy to see why the government is on board. 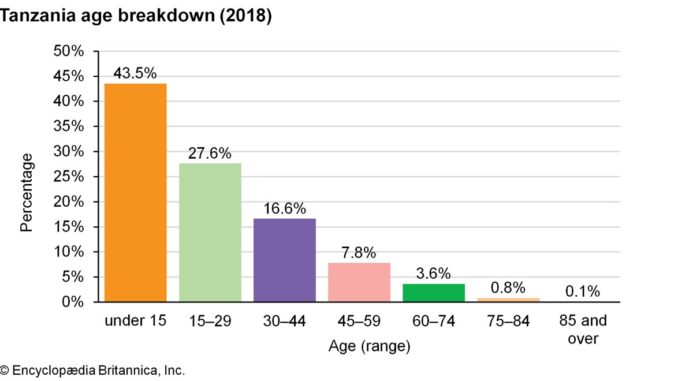 One challenge President Hassan faces in Tanzania is overall crypto acceptance. Much of this relies on education and bipartisan support in the nation. One important note is that President Hassan took power after the late former President John Magafuli died from heart complications on March 21, 2021.

It is unlikely that former president Magafuli would have been as open to adopting crypto, citing his notoriously hard political stances. So far, President Hassan has not mentioned anything regarding environmental concerns. Developed nations are saying the same thing, but most of them are focusing on creating their own digital fiat coins.

In a nation primarily focused on agriculture through overwhelming dependence  and is classified as a “lower-middle income economy. In 1985, the nation began transitioning from a socialist-based command economy to a market economy. After this overhaul, Tanzania’s GDP increased in 2014 by a whopping 1/3 to $41.33 billion.

If the country’s desire to become economically viable in the modern geopolitical landscape continues, then adopting crypto makes sense. However, just like El Salvador, which has a notoriously low internet connectivity rate, Tanzania faces similar socio-economic issues. A plan to adopt crypto en masse in the nation would have profound reprocussions, and no doubt many people would be left out of the loop while a select few see the most gains.

As more developing nations realize the potential from cryptocurrencies such as Bitcoin, the push to get crypto exchanges and services will elevate the crypto world. Only time will tell developing nations going crypto will have adverse effects.

While the World Bank might be scared of cryptcurrency’s decentral nature, the United Nations is not. The international body believes that researching blockchain is a step in the right direction. What kind of support would Tanzania receive from the UN on this?

That’s a good reason to watch this story closely.

If anything, a little bit of short-term economic pain might yield massive economic gains for places like Tanzania over the next several decades. Crypto has a high barrier to entry for anyone. It doesn’t matter if you’re a country, a company or an individual.