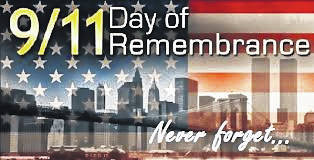 LAURINBURG — It has been 18 years — or 8,574 days — since the Sept. 11 attacks on the United States. Almost 3,000 people died in the attacks, with more suffering from cancer and respiratory diseases in the years following the terrorism.

The attacks are the deadliest terrorist attack in human history, with the collapse of the Twin Towers in New York City, a plane crashing into the Pentagon in Arlington County, Virginia, and with a fourth plane crashing into a field in Stonycreek Township, Pennsylvania.

Many across the nation watched the tragedy unfold on national televising and, in the years since, there have been changes across the United States to prevent events like this from happening again.

Then-President George W. Bush signed the USA Patriot Act which increased domestic and border security as well as expanding surveillance effort’s to detect potential terrorism. The Transportation Security Administration was formed in 2001 and completely transformed the way people flew in the United States by increasing security.

While the local area didn’t see major effects from the events, it has changed several things, including security. According to Police Chief Darwin “Duke” Williams, the event brought awareness to the areas that needed to be improved with law enforcement from local levels all the way up to the national level.

“As a rural county it gave us that awareness to pay more attention to unusual activity and making documentation of it,” Williams said. “It made us look at how we approach terrorism across the country.”

County Manager Kevin Patterson was in agreement that the biggest change to come from 9-11 is the security. He added that organizations began focusing on the back end of security that people don’t usually see — such as the security of data at all the government levels.

“We do participate with the state in trainings about what could happen but that’s not limited to terrorist attacks it includes mass shootings or a chemical explosion,” Patterson said. “But many of these trainings stem from the training for potential terrorist attacks.”

Patterson added that with all these trainings it feeds into the relationship with the local law enforcement agencies and the school systems for the response time.

“Terrorism or mass violence is something that we have to be prepared for, but we spend more time preparing for the emergencies we know will happen,” Patterson said. “But we’re flexible enough to train for those emergencies that we don’t know when they’ll occur.”

Patterson added before 9-11, the county courthouse was on-trend working to be more secure, but the event did help push it into action quicker. For the city of Laurinburg, the major change in security only came in the past several months with the new city hall.

Williams added that most people can look back on 9-11 and feel the emotion from that day.

“We always remember 9-11 and most people can always reflect back on where they were that day,” Williams said. “It was a tough day in our country and we all felt it but everyone gathered together to give each other strength.”