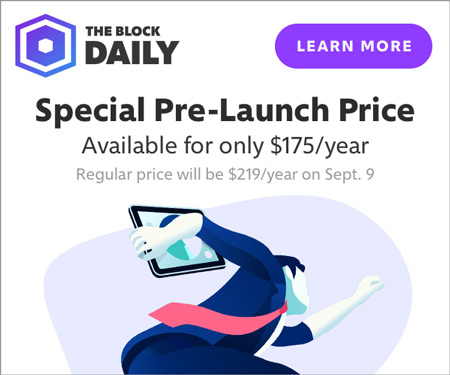 “Does anyone know what this crypto-thing means?” traditional finance is asking the digital world, with none other than Alexander Hamilton spitting fire on its behalf. Sort of.

Greylock released the video today in partnership with the YouTube channel Rhyme Combinator which produces comedic rap battles. Over the course of the six-minute video, the Hamilton and Satoshi antagonize each other with common arguments against centralized and decentralized money while an audience of high profile crypto players observes. Faces like Zooko Wilcox-O’Hearn, CEO of ZCash, Adam Back, CEO of Blockstream and Wences Casares, CEO of Xapo, among others, grimace as Hamilton makes his case.

In the crowd is Reid Hoffman, co-founder of LinkedIn, partner at Greylock, and executive producer of the video. The rap battle was Hoffman’s brainchild, inspired by the Tony-winning musical Hamilton to blend crypto and hip-hop. Greylock has made investments in the crypto space, including players like Coinbase and the blockchain venture fund Proof of Capital, but Hoffman says this latest project is an investment in the dialogue surrounding crypto, to limit the ad hominem attacks and enable more informed discussion between bankers and crypto players. Many people who are less crypto literate are concerned with its use for criminal activity, its voracious energy consumption, and envision eccentric tech geniuses utilizing it for malicious purposes, according to Hoffman.

“There needs to be a discourse about the vision for the future, not who has the ball, or this is a duel between them,” he said. “We need to be thoughtful about the great futures we could make. There are competing notions of the futures, but let’s create a discourse around that.”

Ironically, a duel with pithy comebacks to the common concerns may be just what society needs to understand centralization and decentralization. The video comes complete with a Twitter poll from Hoffman asking viewers to vote on who won – Satoshi reigned supreme. Indeed, Hoffman is credited as a writer of the track, and Satoshi spends much of the battle refuting the power of central banks before turning to crypto’s pros.

Despite the classic rap battle structure, Hoffman hopes there isn’t a mic drop, but that the dialogue continues, especially in the regulatory arena. He led the Xapo investment for Greylock, and personally invests in Blockstream as well as holding bitcoin. Key investments are hopefully good for society and good for the world, according to Hoffman.

“All of those investments passed a hurdle,” he said. “When you get to regulation, this is an additional risky factor. You are hoping you can get regulation to align with the shape of why you think your investment is not just a good for customers, not just good business, but also good for society.”

Hoffman pointed to the regulatory conversations surrounding Facebook’s Libra. After two congressional hearings and multiple open letters and comments from government officials across the world, he said the dialogue so far wasn’t as promising for the future of crypto conversations.

“The messaging around the Libra launch didn’t go the way I would hope for the crypto ecosystem…it is a good thing to have stablecoins that are in dialogue with the regulators,” he said.

While a rap battle between Facebook’s David Marcus and Congress’s Maxine Waters doesn’t seem to be on the horizon, the conversations surrounding Libra and crypto regulation are ongoing.