For those QuadrigaCX users who were fortunate enough to have withdrawal requests honored, some appear to have received their funds through unconventional means.

An anonymous QuadrigaCX user who corresponded with Bitcoin Magazine said that they received a bank deposit from Robertson Nova Consulting Inc. (RNC), a corporation with no listed registration in Canadian public records, on March 8, 2017. Bitcoin Magazine also reviewed a financial inquiry into the individual’s bank account deposit history to confirm that the amounts deposited on the bank statement matched the emails. 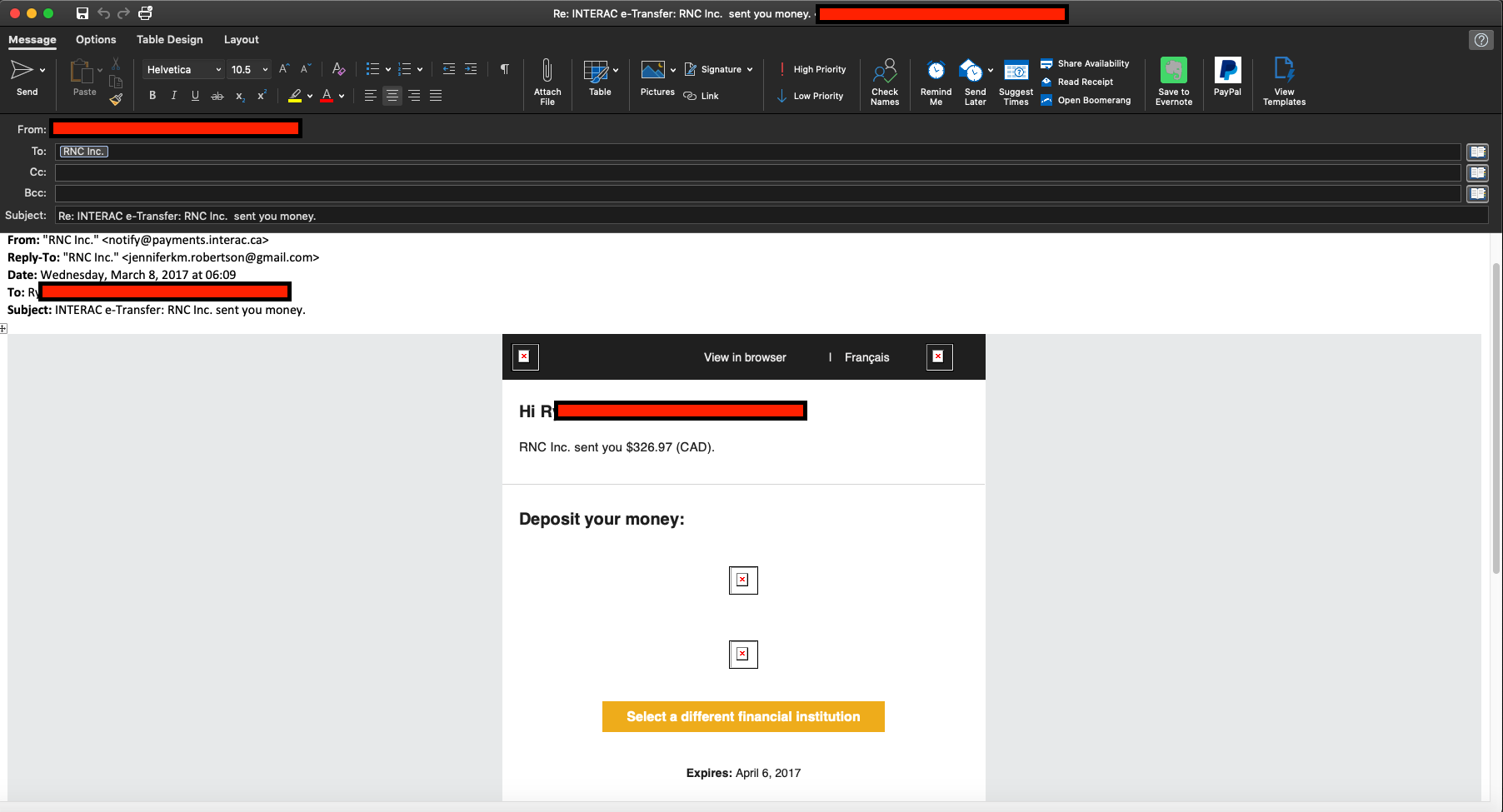 Screenshot of email to QuadrigaCX user

Other QuadrigaCX users have reported receiving bank deposits from Robertson Nova Consulting, as well, showing up as ROBERTSON NOVA on their bank statements as payroll deposits (these reports were vetted by a separate anonymous source close to the matter). As was the case with the individual who originally leaked the news to Bitcoin Magazine, these deposits took place in early March of 2017. Clients also noted another email address, jennifer.forgeron8@gmail.com, as a reply-to from RNC Inc. deposits, as well.

Whether or not the funds came from Robertson, the reply-to implicates her in the exchange’s business dealings, something she swore she was not involved with in her affidavit to the Nova Scotia court at the inception of legal proceedings.

“I was not involved in the business of the Companies while Gerry was alive,” item 53 of the affidavit reads. However, if a company operated by Robertson initiated the deposits, that could implicate her in QuadrigaCX’s businesses and contradict her statements.

If users didn’t receive funds from RNC Inc., they may have received them in physical cash instead. The same source who leaked the information on Robertson’s potential involvement in the company also told Bitcoin Magazine that they had hard cash delivered to their home as a withdrawal option from QuadrigaCX.

These accounts corroborate reports that QuadrigaCX honored, at one point, withdrawal requests with physical cash, something that QuadrigaCX openly advertised as an option on its website when it was still active, multiple sources confirmed to Bitcoin Magazine. Some of these sources received upwards of $10,000 dollars in cash.

The developments complicate the role hard cash has played for the company in its troubled history. As the exchange advertised, users were encouraged to deposit and withdraw in-person at the exchange’s outposts. One of these, the Globe and Mail reports, no longer operates as a cash repository for the company, and Aaron Matthews, a QuadrigaCX contractor, owns the property, which he rents out.

QuadrigaCX co-founder Michael Patryn told Bitcoin Magazine that in-person deposits/withdrawals are not uncommon for the cryptocurrency industry, citing an early exchange venture of his, Satoshi Vault, as well as other Canadian exchanges Einstein and Coinsquare (which no longer does). Patryn admitted that sending hard cash through the mail “sounds less common” and said that neither practices were standard procedure before he parted ways with the company in March 2016.

Less than common, the practice is unheard of in the industry for an exchange of QuadrigaCX’s stature and repute, which has served over 100,000 users. Given QuadrigaCX’s inability to maintain banking relationships in the past (when it was still operating, the exchange relied on a miscellany of international payment processors to substitute as fiduciary partners), the availability of mass liquid capital calls into question how QuadrigaCX managed to acquire these funds and where they’ve been stored.

Mounting legal action for QuadrigaCX will top another milestone today as law firms from around Canada will meet in Halifax to win the right to represent affected Quadriga users in a class action lawsuit against the exchange.