The virtual asset industry navigated a bearish winter in the later half of 2018 and broke into a bullish run in the second quarter of 2019. Massive price fluctuations were witnessed in both periods as major assets witnessed rapid decline and growth.

Bitcoin and Litecoin felt the impact of both trends and stark trading activity was observed.

According to data from intotheblock.com, trader addresses [addresses holding assets for less than 1 month] declined from 2.07 million to 2.03 million. Additionally, the amount of BTC traded over the same period dropped massively. Before 31 Oct, 6.31 million BTC were noted to be actively used for trading over 30 days, but after the drop, only 2.88 million BTCs were reportedly active for trading purposes during Oct 31st-1st Dec.

Looking at the data one can surmise:

Data indicated that BTC held during bullish phase also increased in the market.

Comparing that with trader addresses we observed,

Hence, in a similar fashion to the bearish period, Bitcoin trading decreased during the bullish run as well. 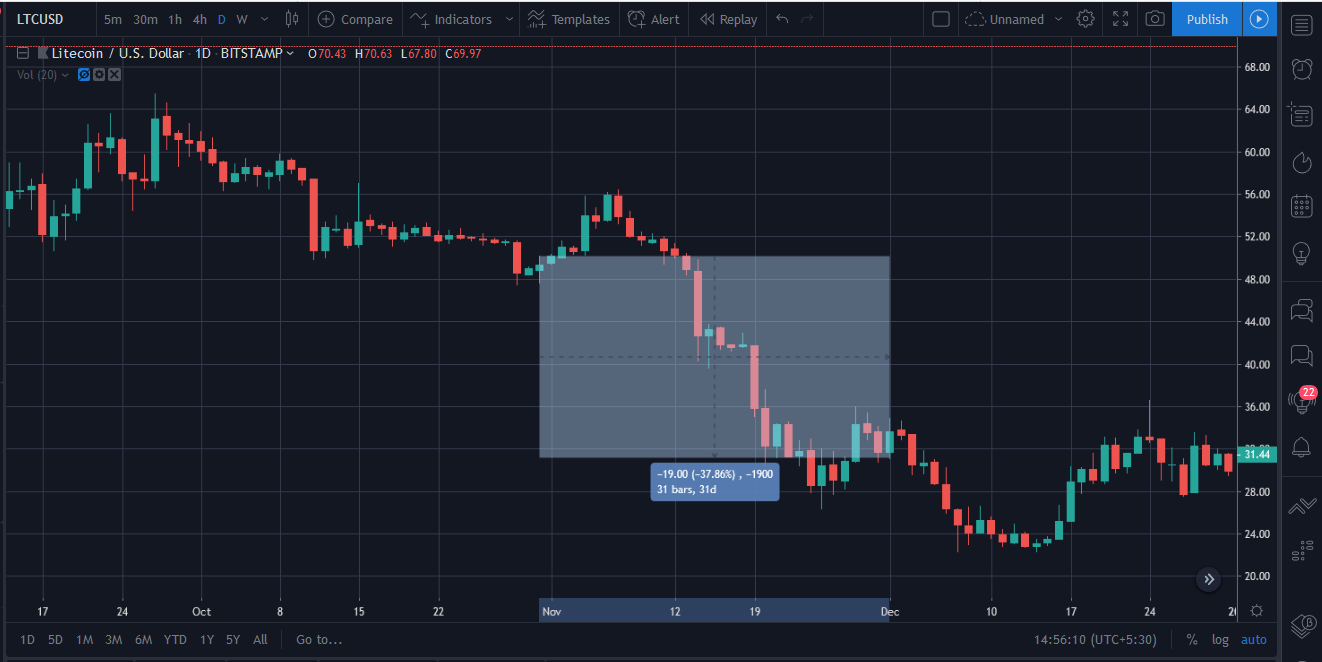 Litecoin’s price had also plummeted during the bearish phase of 2018 where the devaluation stretched from $50.08 to $30.18 [37.86% drop]. Keeping in the mind the same metrics, the data exhibited during 31st October-31st November are listed below.

Data registered a declined of LTC held during the bearish phase.

In the case of Trader addresses,

The bull rush of 2019 was prevalent for Litecoin as well as the price registered a growth of 31.51% from 31st May-31st June. The data revealed,

Data indicated that LTC held during bullish phase did not change significantly.

Hence, the amount of LTC active in trading increased in the bullish phase as well.

When the trading data and hodling data of both major coins were compared, it can be observed that Litecoin addresses definitely traded more. Bitcoin addresses were traded less in both trends but the people hodled Bitcoin more during the past 12 months.