As the birthplace of the Chaos Computer Club, the hometown of the mother of all hackerspaces, and what many of the world’s leading privacy activists consider to be a bit of a safe haven, Berlin may be the the strongest center in the world for hacker culture.

Maybe that’s what makes the German capital a fertile breeding ground for the ongoing series of Lightning Hackdays (stylized as #LightningHackday). Introduced earlier this year, the series continues to grow, with the third event taking place last weekend.

“The first edition in April was really just a large meetup with about 70 participants,” Fulmo founder and event organizer Jeff Gallas recalls, speaking with Bitcoin Magazine on the hackday itself.

The second edition followed shortly after, in June, with the newest edition hosted last Saturday, September 1, 2018, this time accompanied by a hackathon on the day before. “There are probably 160 people attending this third and biggest event so far,” Gallas estimates. 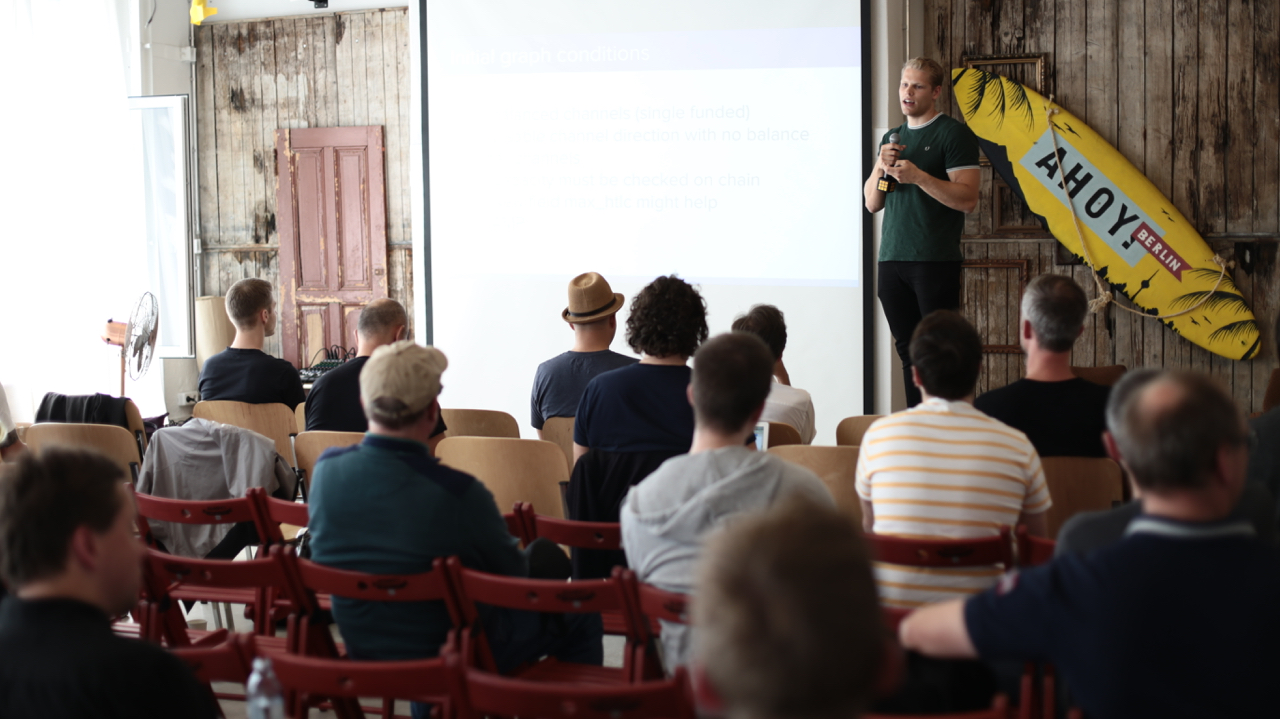 On Saturday, the second floor of the Ahoy coworking space, home of the event, is entirely dedicated to the hackday. Partly improvised talks, demos and brainstorm sessions are ongoing throughout three different rooms of varying size. Only the largest of the three is akin to a typical conference room, with space for about a hundred people and a livestream setup by bitcoin-to-gold exchange Vaultoro. The schedule in the smaller rooms is largely based on what various attendees wish to contribute, as written out on a whiteboard in the main hall.

But it’s actually this main hall that is the biggest space of all, hosting a couple of couches and large tables filled with laptops, Raspberry Pis and a mesh of cables. Scattered around are colored paper snippets with Lightning addresses scribbled on them and sometimes a short request: “Let’s connect nodes.”

It’s in this main hall where Lightning is made.

In some cases continuing their project from the hackathon the day before, a rotating group of at least a dozen coders come and go throughout the day, between attending speaker and brainstorm sessions. Some equipped with white or black #reckless hats, they are coding up various applications for the Lightning Network. A candy dispenser, a digital polaroid photo booth and a Super Mario-like game are live demoed on the spot. 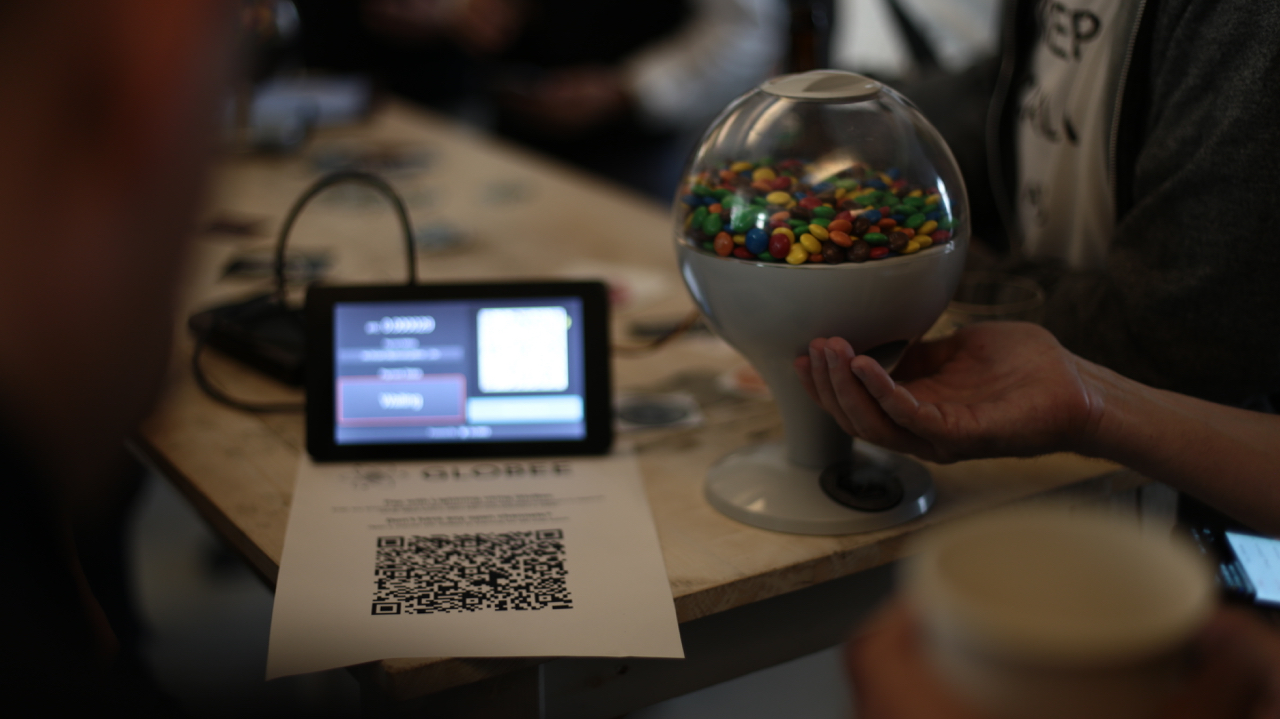 Self-described as a “barcamp” or “unconference,” the format of the Lightning Hackday is distinct from any other typical conference.

“There is hardly any business perspective here yet,” Gallas explains, “though that may come later. For me, the vibe is reminiscent of the very first Bitcoin conferences. We have some speakers, but other than that there’s hardly a set agenda. We’re here on a trip together, tinkering and exploring this technology, to have high-level discussions and inspire one another.”

Organized by Fulmo, a Berlin-based Lightning research startup, the relatively new Lightning Hackday format is developing a habit of drawing in some of the biggest Lightning and Bitcoin experts from around the world. Where the previous edition was attended by a good chunk of the Lightning Labs team (part of which showed up again), this third hackday also included presentations by Lightning pioneers, including Blockstream’s Christian Decker and Jonas Nick, and ACINQ’s Fabrice Drouin.

At least as important, if the Hackday is any indication, Lightning technology could soon see a wave of adoption beyond Lightning-specific projects. There is no shortage of interest in the upcoming technology from well-established Bitcoin companies and projects, with developers from Bitfury, Shift, BHB Network, JoinMarket, Bitcoin Wallet, Bitonic and others participating throughout the different tracks. 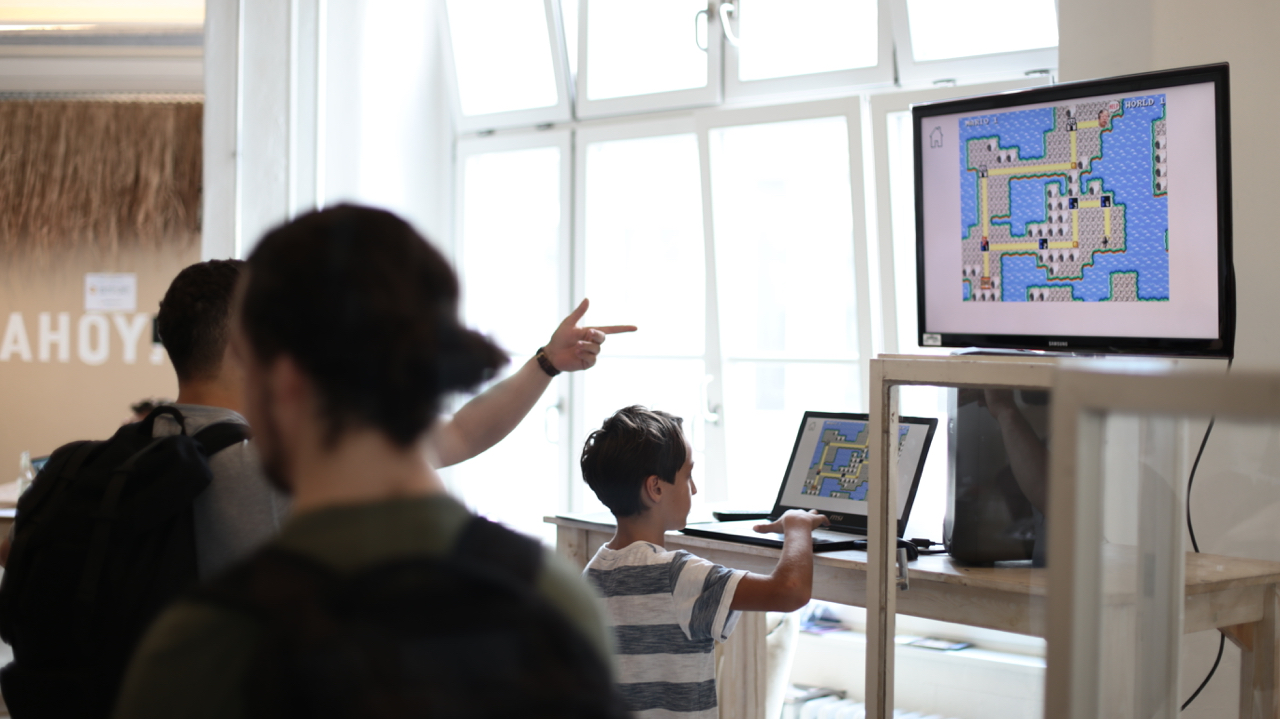 Marek “Slush” Palatinus — CEO of Satoshi Labs and founder of Slush Pool and Trezor — also made the trip to attend (and sponsor) the event. With a background in programming, Palatinus explained that he had reviewed some of the Lightning implementations himself.

“It’s early days for Lightning, so some implementations are still buggy. But the technology is promising,” Palatinus told Bitcoin Magazine, revealing that the hardware wallet company is working on Lightning implementation as well: “Not because our users are asking for it right now; on-chain fees are currently low, so there is no big need for it. But that means this is the time to build it; we want to be ready for the next adoption surge.”

This is the time to build it; we want to be ready for the next adoption surge.

The hackday also witnessed a demo of an entirely new Lightning implementation. Scheduled to be released before Christmas, Electrum could well be the first existing, non-Lightning-specific Bitcoin wallet to add Lightning as an additional option.

“We already have an early implementation, but so far it’s very basic: It’s just for making and receiving payments. Next, we need to implement some of the safety features Lightning relies on, and later we also want it to forward lightning payments for others,” Electrum lead developer Thomas Voegtlin said.

For Electrum, the hackday is a home game. The wallet project is based out of the German capital, as are Fulmo, Vaultoro and Bitcoin Wallet, as well as some startups that didn’t make it to the event (like Bitwala and Bitbond). Collectively, they make Berlin a small hotbed for Bitcoin not only for Germany but for the rest of Europe.

At the heart of it all is burger restaurant and bar, Room 77. Probably the first brick-and-mortar business in the world to start accepting bitcoin, the Berlin establishment has grown into a phenomenon within the global Bitcoin microcosm.

“It’s probably one of the only places in the world you can go for a beer or a burger on a regular evening, to all of a sudden have a famous Bitcoin developer walk in,” Gallas says. It’s also where Saturday’s dinner was organized. 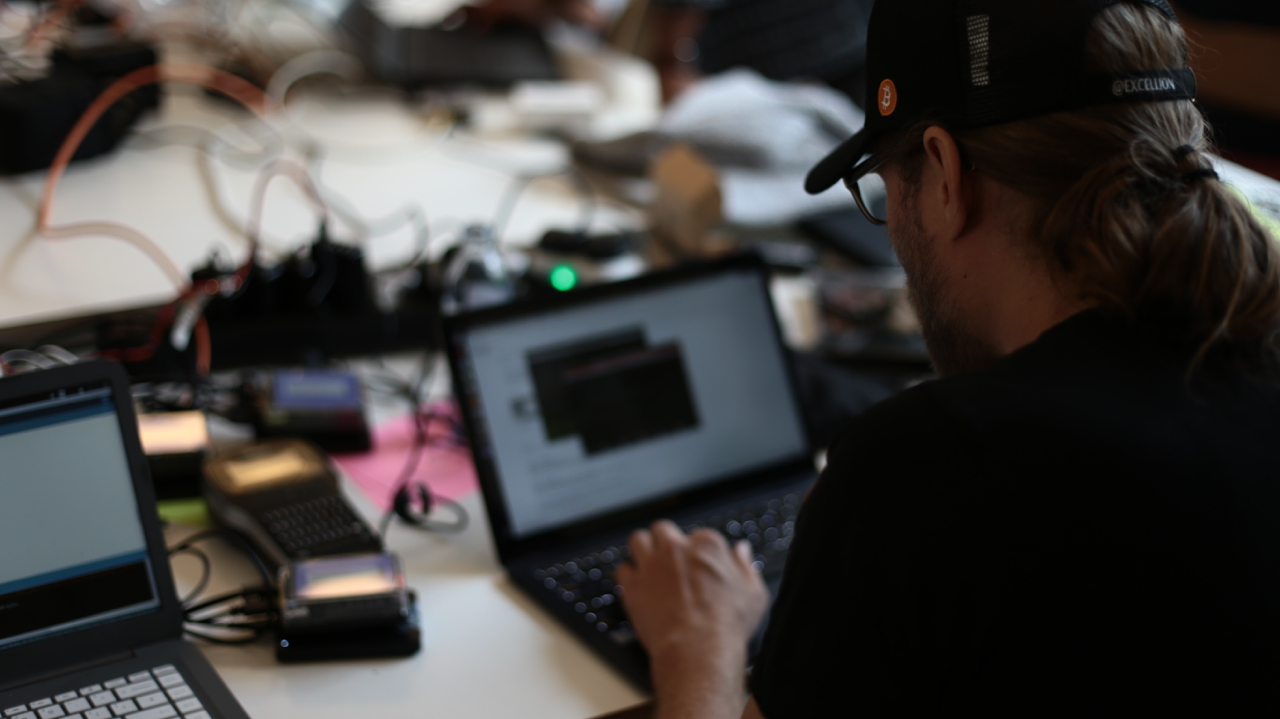 René Pickhardt hacking together a payment solution for Room 77

So, of course, “the Room” has been set up with its own Lightning wallet as well. Based on Blockstream’s c-lightning implementation, a small hackathon team (consisting of Philipp Richter, Fabian Jahr and René Pickhardt) managed to create a payment terminal for the burger bar based on the Spark Wallet, turning Room 77 into one of the first brick-and-mortar stores to accept Lightning payments — if it wasn’t already.

Concluding the evening and the event, bar owner and Bitcoin enthusiast Joerg Platzer made a point of celebrating the achievement, perhaps a tad optimistically declaring the end of Bitcoin’s scaling debate on the r/bitcoin subreddit. “This kind of innovation feels like the early days of Bitcoin all over again.”