Huobi , the world’s third largest exchange by trade volume recently acquired a majority stake in BitTrade, a smaller Japanese market-oriented exchange. This way the exchange takes a further step towards its goal of consolidating itself as the most important exchange in the Asian market. 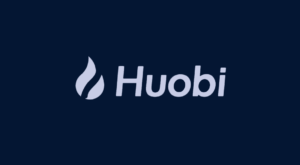 The acquisition is of particular importance for Huobi because, after the legalization of cryptocurrency use, all exchange must have a special permit granted by Japan’s Financial Services Agency (FSA), however, after the hacking of Coincheck in January 2018, the bureaucratic procedures and the exchange evaluation process made it extremely complicated to grant new permits.

In Japan, there are only 16 crypto exchanges that have an operations permit from the FSA, and Bittrade is one of them. Having now 100% shares in the company, Huobi can legally operate in the Japanese market.

Speaking on the strategic partnership between Huobi and BitTrade, Mr. Eric Cheng, Board Member at Bittrade told Markets Insider:

“We are delighted to be partnering with Huobi, a global leader in the cryptocurrency industry which continues to grow exponentially. Together, we will leverage on Huobi’s global footprint, excellent management team, and advanced security systems to grow BitTrade into a market-leading position in Japan. Having a long-term partnership with an established brand such as Huobi is the right step for BitTrade as we look to continue our rapid growth trajectory.”

Also, on behalf of the Huobi team Mr. Chris Lee, its CEO said:

“We found the right partner in Mr. Cheng who has demonstrated his capabilities as an international entrepreneur with a strong track record. Looking ahead, we will leverage on Mr. Cheng’s international network and passion for blockchain technology as we continue to expand geographically. We strongly believe in the synergies we can create through continued investment into R&D, and compliance, backed by our world-class security and local operations teams across the globe. Leveraging on BitTrade’s leadership team and its Japanese government-approved license, this is just the beginning as we look to grow BitTrade into the most dominant player in the Japanese cryptocurrency market.”

This is perhaps one of the most critical business moves for Huobi; however it is all part of an “aggressive” expansion plan that the company has. In previous months Huobi has announced similar actions in the Philippines, Russia, Taiwan, Indonesia, and Canada.