Other than the bullish movement earlier this year, where ETH reached its 2019 high at around $360, the coin spent most of the year under the $220 mark. The recent Ethereum Istanbul upgrade also didn’t do ETH any favors, dropping to a value of $128 at the time of writing.

The daily chart showed that ETH had entered a falling wedge pattern in mid-July, accompanied by a decreasing volume trend over the period. These patterns breakout upward in 68% of cases, lending a higher probability to a short-term rise in ETH value.

Also, the price could be making a move toward the 50 and 200-day moving averages, further bearing the possibility of a bullish move. 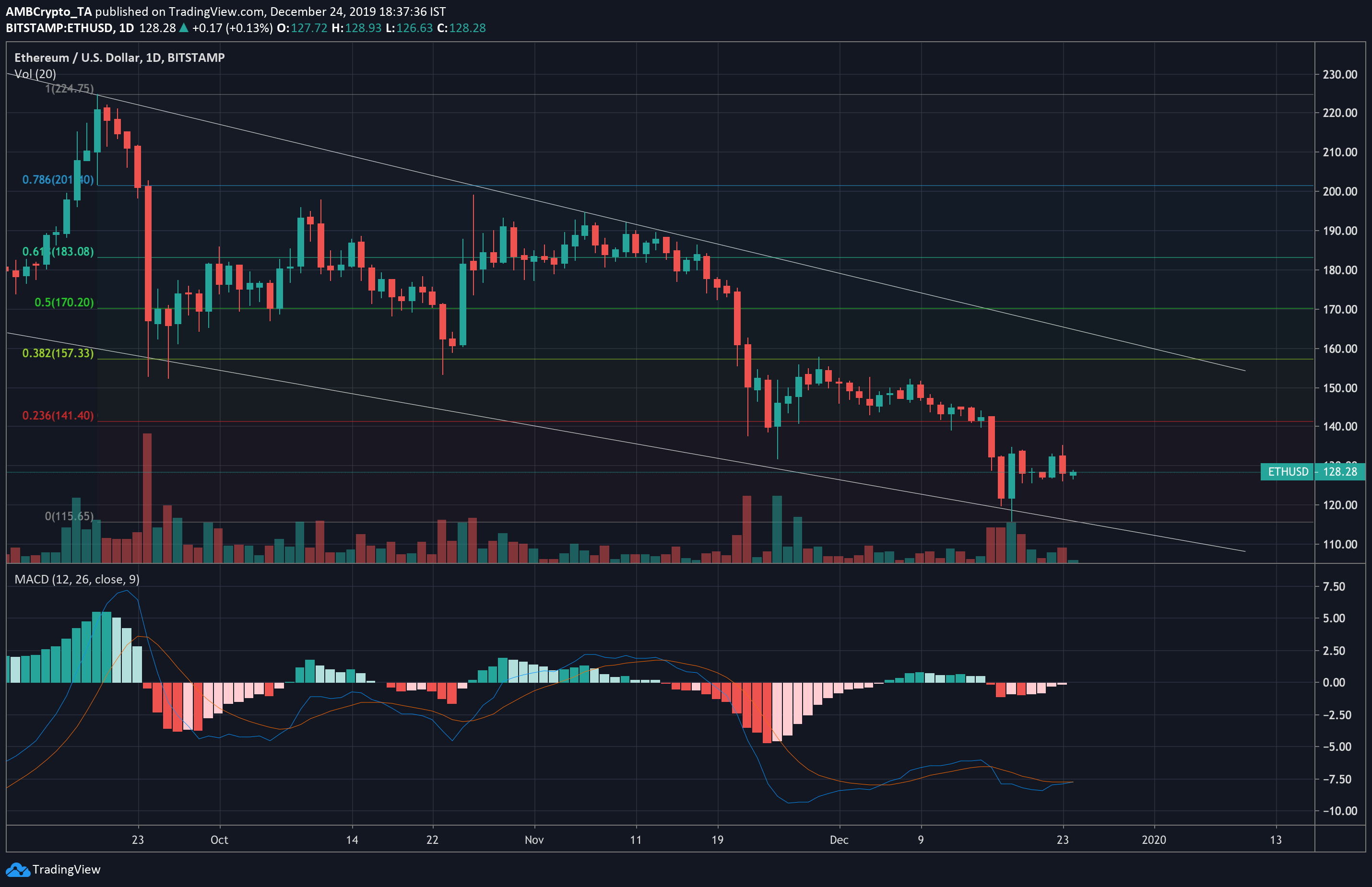 Since breaching the 23.6% Fibonacci retracement line a little over a week ago, ETH has been consolidating between $120 and $130. With MACD poised for a bullish crossover, a move upward seems likely and would see the coin testing the same line once again in the next few days. This could set the stage for a push to $160 over the following week, positioning itself for an upward breakout in January. 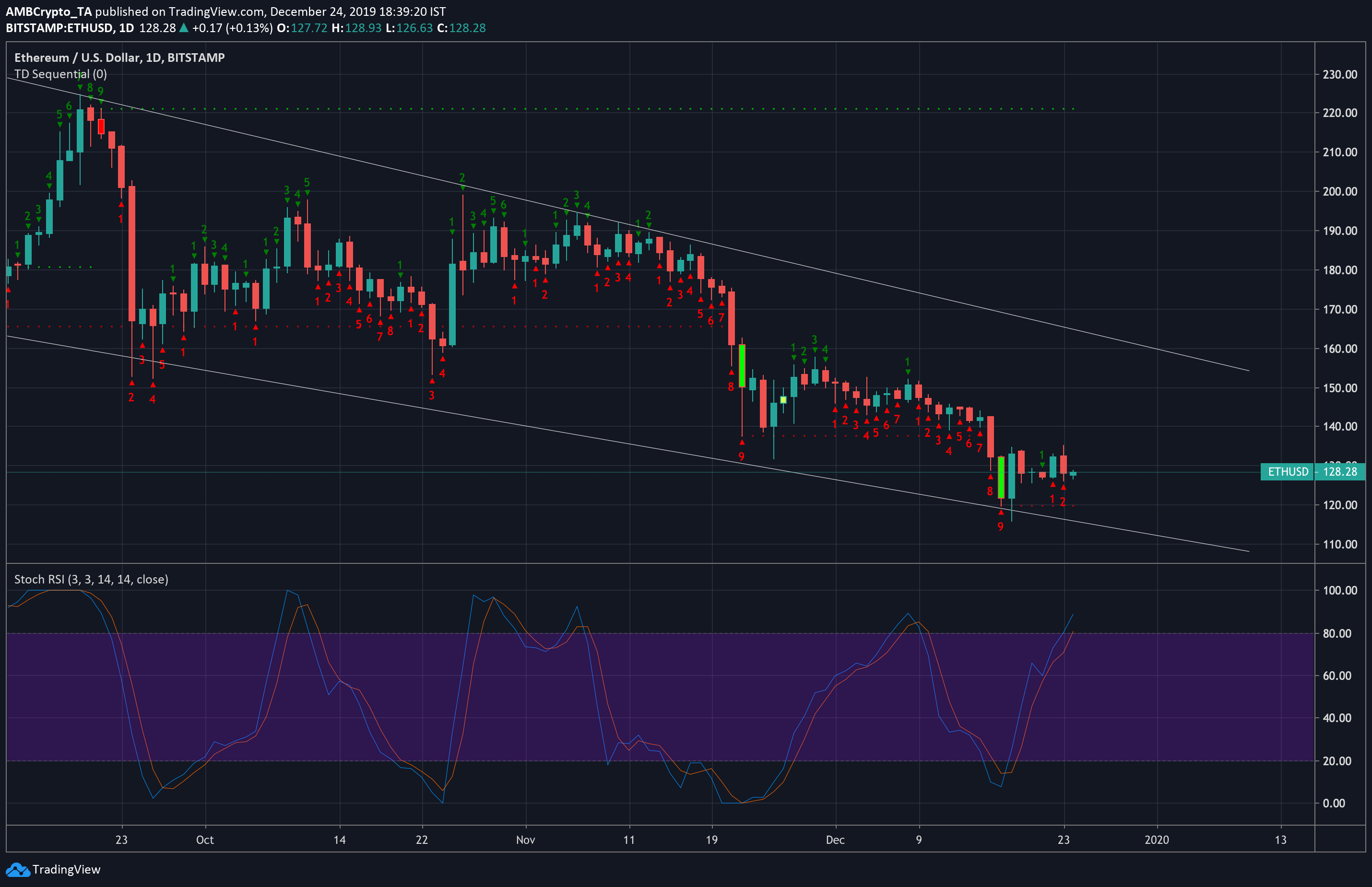 The TD sequential indicator can be helpful in marking buy and sell areas by comparing closing values with that of the candle 4 days prior. If the candles consecutively close lower for 9 days, this can be a strong signal to buy.

The chart above showed the TDS indicator reporting a buy-signal just over a week ago, and though the countdown, which should follow, has not been completed, this could mean that a large rise in value could be in store for the Ethereum coin.

Despite Stochastic RSI moving in the overbought zone, a continual residence in this area can be a signal of the pump to come, with an upward breakout possibly seeing ETH jump to $240 by mid-January. Failing this, the price will likely move sideways, with a slight negative slope.