As this is the last weekend of 2019, the cryptocurrency market is bullish. Most of the top 10 coins are in the green except for Tezos (XTZ), whose rate has fallen by 0.56% since yesterday.

Although the rate for Bitcoin has significantly dropped since the Summer of 2019, its price has increased by about 88% since the beginning of the year.

Yesterday’s price prediction is coming true as Bitcoin passed the $7,100 mark and is moving towards the expected $7,800 mark. Looking at the 4H chart, BTC needs to break at the nearest resistance level at $7,300 in order to clear the way for its next target at $7,600. 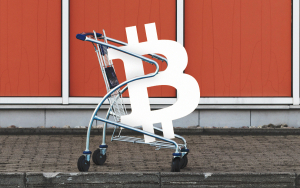 Currently, there are all prerequisites for this occur. The Moving Average Convergence/Divergence (MACD) indicator has entered a bullish phase as the lines are moving upwards. If this growth continues, the resistance area might be achieved by January 6th.

Bitcoin Cash has the biggest gains from our list as its rate has rocketed up by 9%. Looking at the 1W time frame, BCH’s growth is up by more than 10%.

Despite this upswing, this cannot be considered as the start of a bullish market. This is rather a pump as the price is about to adjust soon. This is confirmed by the relative strength index (RSI), which indicates that BCH is oversold at the moment. In this regard, the nearest zone is the consolidation area between $195 and $200.

The “digital silver” has also confirmed our recent price forecast as the coin has bounced off the $39 level.

Litecoin is looking to be even more bullish than Bitcoin. Its rate has increased by almost 6% in the last 24 hours. From a short-term analytical perspective, traders should be attentive to the resistance at $42.50, which is the nearest obstacle for bulls. According to the trading volume index, a bullish setup is currently being formed, and the aforementioned level is about to be attained shortly.

Since last week, EOS is the second fastest growing altcoin after Bitcoin Cash. Its rate has already gone up by 6.76%.

After touching the local bottom at $2.20, EOS has entered the current bullish trend. Over the past 10 days, the coin has gained more than 20% to its price value. As with regards to the nearest price prediction, one cannot observe a possible correction to $2.60 soon. Therefore, buyers could accumulate more positions.

TRON has grown the least from our list. Its rate has increased by approximately 2% since yesterday.

Looking at the daily chart, TRX shows neither upwards nor downward signals. Respectively, the more likely scenario is a sideways trend in the yellow corridor between $0.1250 and $0.1350. The MACD indicator also confirms this neutral mood.