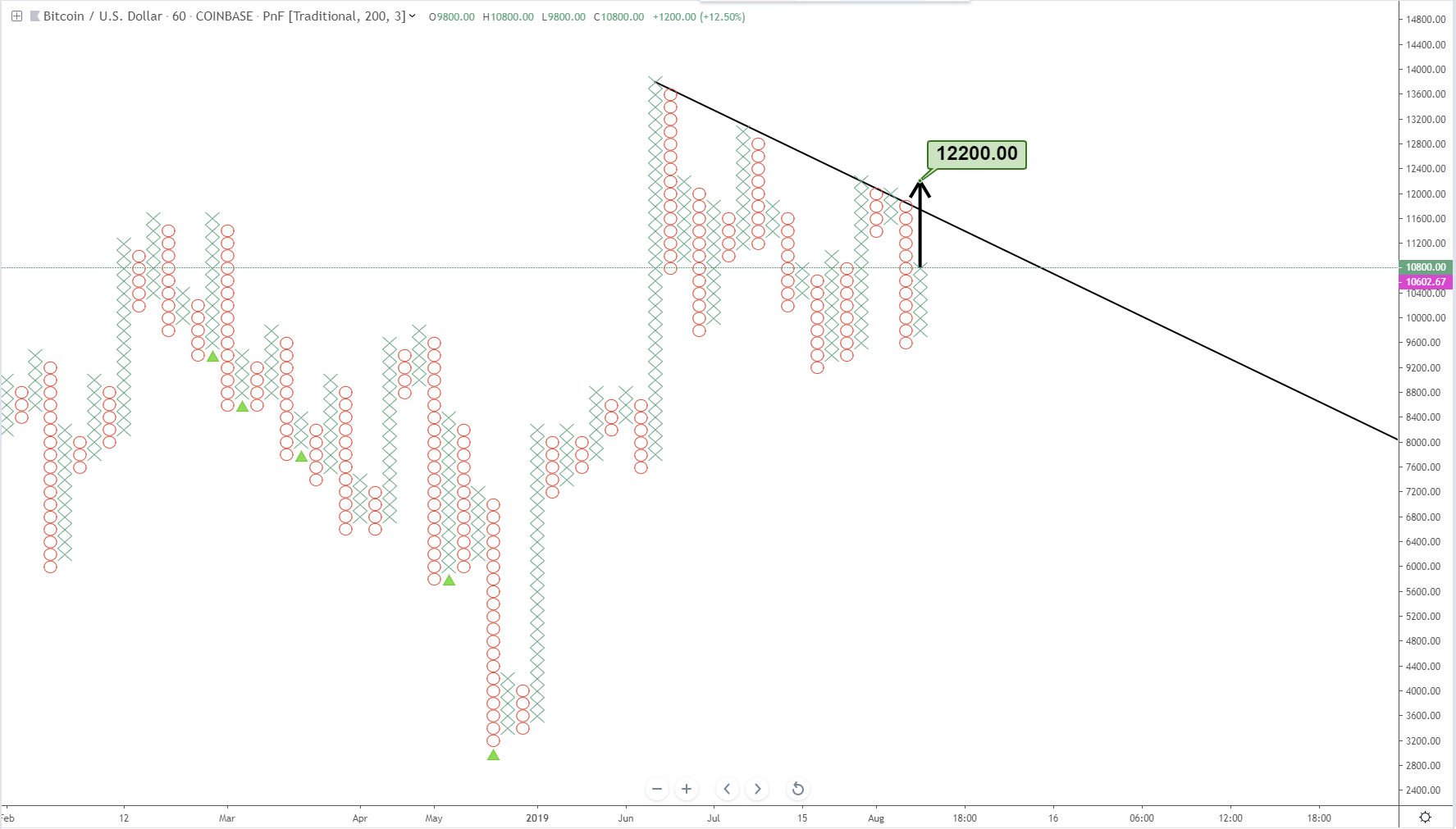 Bitcoin’s Point & Figure chart confirms a pattern that I wrote about yesterday (August 19th, 2019) – a bullish pennant. The only trendline I’ve drawn on this chart is the downtrend angle. When looking at entries on a Point & Figure chart, we look for price to break double tops, triple tops, double bottoms and triple bottoms (and any other multiple top/bottom). One of the distinct features of price breaking above a trendline on a Point & Figure chart is waiting for a break of a shared high or low. For Bitcoin, when a new X would form above the trendline it would form a double top at $12,000. Instead of entering a trade at $12,000, we wait for a break of that double top and enter at $12,200. Some conservative traders may take notice of the prior column of Xs that tops out at $12,200 may wait until price moves all the way to $12,400. 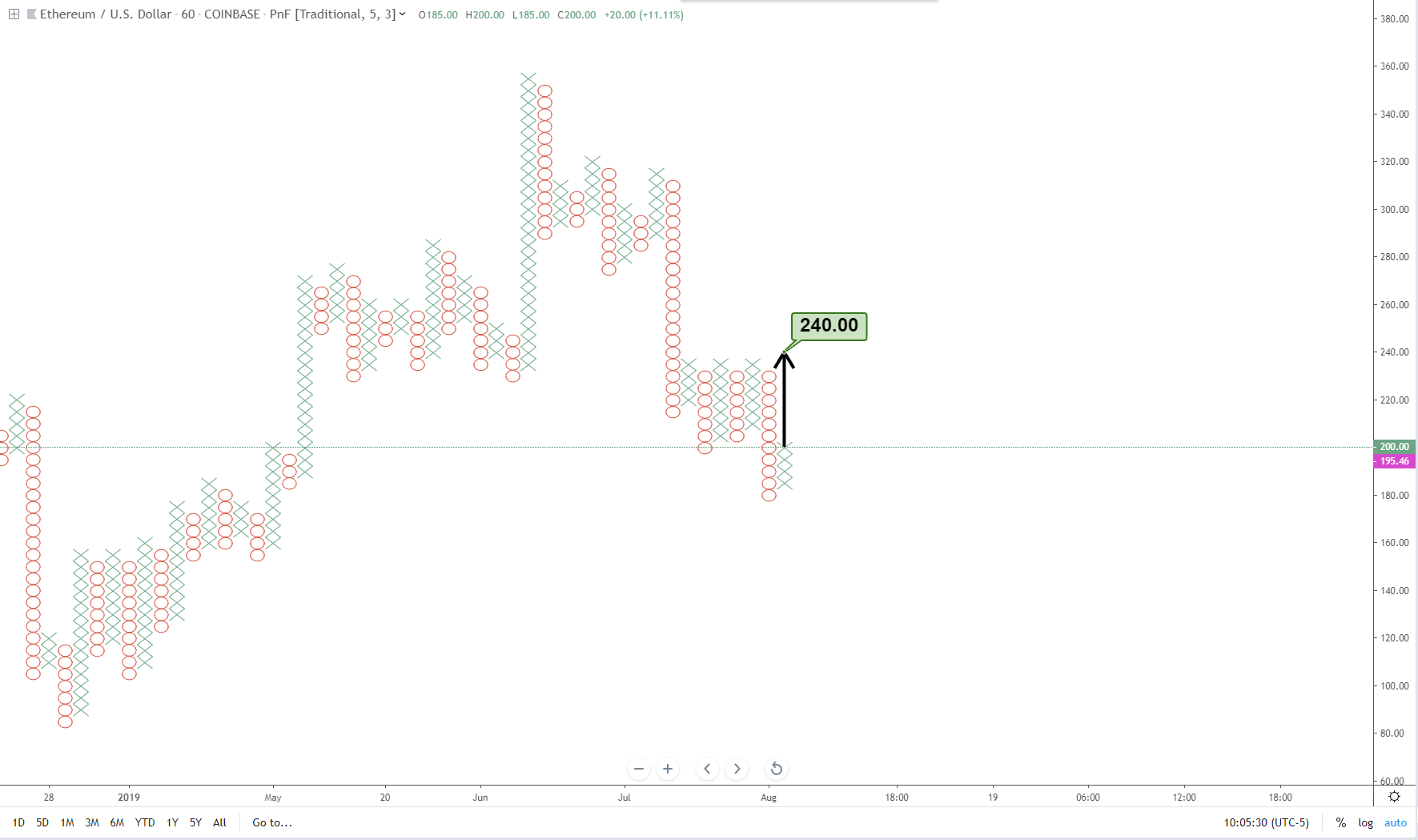 I’ve identified two trade ideas on Ethereum’s Point & Figure chart. The easiest and closest trade here is the short option at $175. If a new column of Os forms and drops down to $180, then a short entry at $175 would be the ideal short level because it would break a double bottom at $180. On the bullish side of the market, we would need a substantial gain from the present value area. If price does move back up to 235, then a quadruple drop would form. The entry would be at 240 and would more than likely create a big drive higher because of the quadruple top that would be broken. 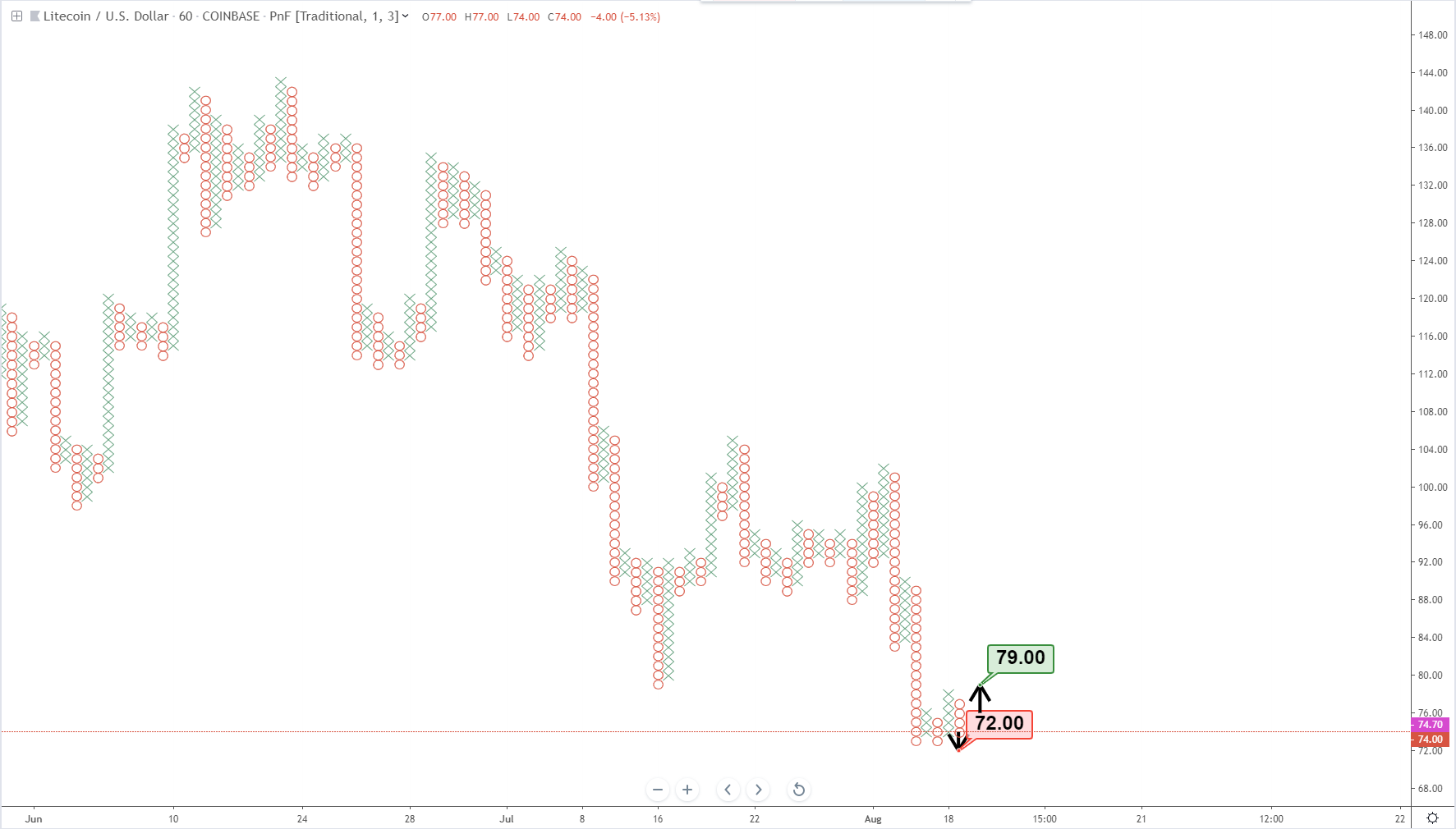 Litecoin has a similar price situation as Ethereum. There are two trade ideas very close to eachother on Litecoin’s chart. First, on the short side of the trading, is an entry at 72. If price does move lower to 73, then a triple bottom would form and 72 would be the short entry on the break of that double bottom. On the long side of the trade, we would need to see price first create a new column of Xs and then form a double top at 78. A break of that double top at 78 would mean a long entry at 79. 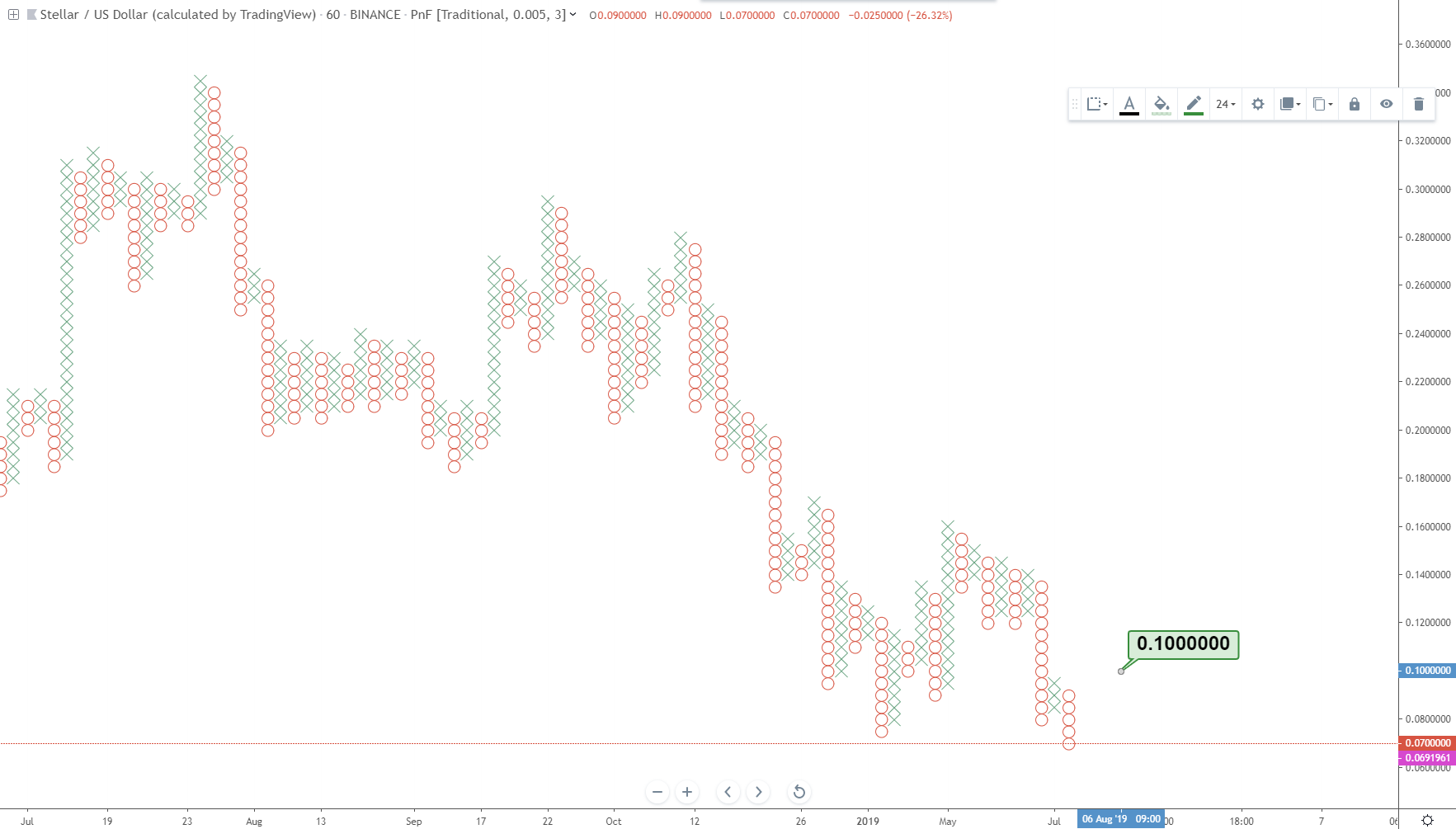 Out of the top 20 market cap coins, Stellar is the worst-performing cryptocurrency. It continues to create new lows against both the US Dollar and Bitcoin. There is some light at the end of this tunnel if price could create a new column of Xs and form a double top at 0.095. If there was enough momentum to propel XLM higher, then an entry at 0.10 even would fulfill a breakout of the double top. I believe a run towards the 0.12 level would be highly probable, but not much higher without some further retracement lower.