According to a recent Coinbase study, 56 percent of the world’s top universities have come up with crypto-related courses. This marks a 14 percent increase compared to the previous year.

Cornell University, the youngest Ivy League member with a $7.23 bln endowment, is the leader in cryptocurrency education. It offers around 30 courses that deal with cryptography, cryptocurrencies, and Blockchain, the technology that underpins most of them.

Many of Cornell alumni are today’s leaders in the cryptocurrency industry. Emin Gun Sirer, one of the most reputed Blockchain experts, recently rolled out his own coin that got funding from Andreessen Horowitz and Polychain.

Speaking of other top educational institutions, the Massachusetts Institute of Technology (MIT) and New York University came in second and third places respectively. France’s École Polytechnique is the only non-US university in the top 5. 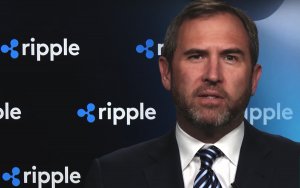 The number of students who take cryptocurrency classes has doubled since 2018. They span a wide range of departments (from economics to law) with only 30 percent of course participants being computer science majors.

The increasing interest in studying crypto at colleges and universities speaks volumes about the future of money,” said Nina Willdorf, Director of Content and Editorial for Coinbase.

Back in October 2018, the $29.4 billion Yale University endowment, which is controlled by legendary investor David Swensen, invested in a cryptocurrency fund called ‘Paradigm.’ Other top universities followed the lead.