The altcoin market-cap is up over +5%. Bitcoin remains steady.

Whether it was more news about Facebook’s Libra coin or an announcement by Well’s Fargo that they are introducing their own cryptocurrency for their own distributed ledger on their network – or maybe none of those – the altcoin market has had the most bullish session today (September 17th, 2019) than it has had in a long time. Bitcoin’s control of the aggregate market-cap has dropped by over -2%. Generally, this means the entire cryptocurrency market suffers. Instead, we see a rotation of capital out of Bitcoin and into the altcoin markets. This has buoyed the altcoin market to outperform the total market cap including bitcoin by over +4%. This is one of the few times since the start of the altcoin bear market in January of 2018 that we have seen such a discrepancy between the altcoin market performance against Bitcoin. Will it last? Who knows. But a great many of the top 30 altcoins have some clear evidence of a bottom being formed and a bottom being in. And by utilizing Point & Figure charts, we can predict the future profit targets for any altcoin. 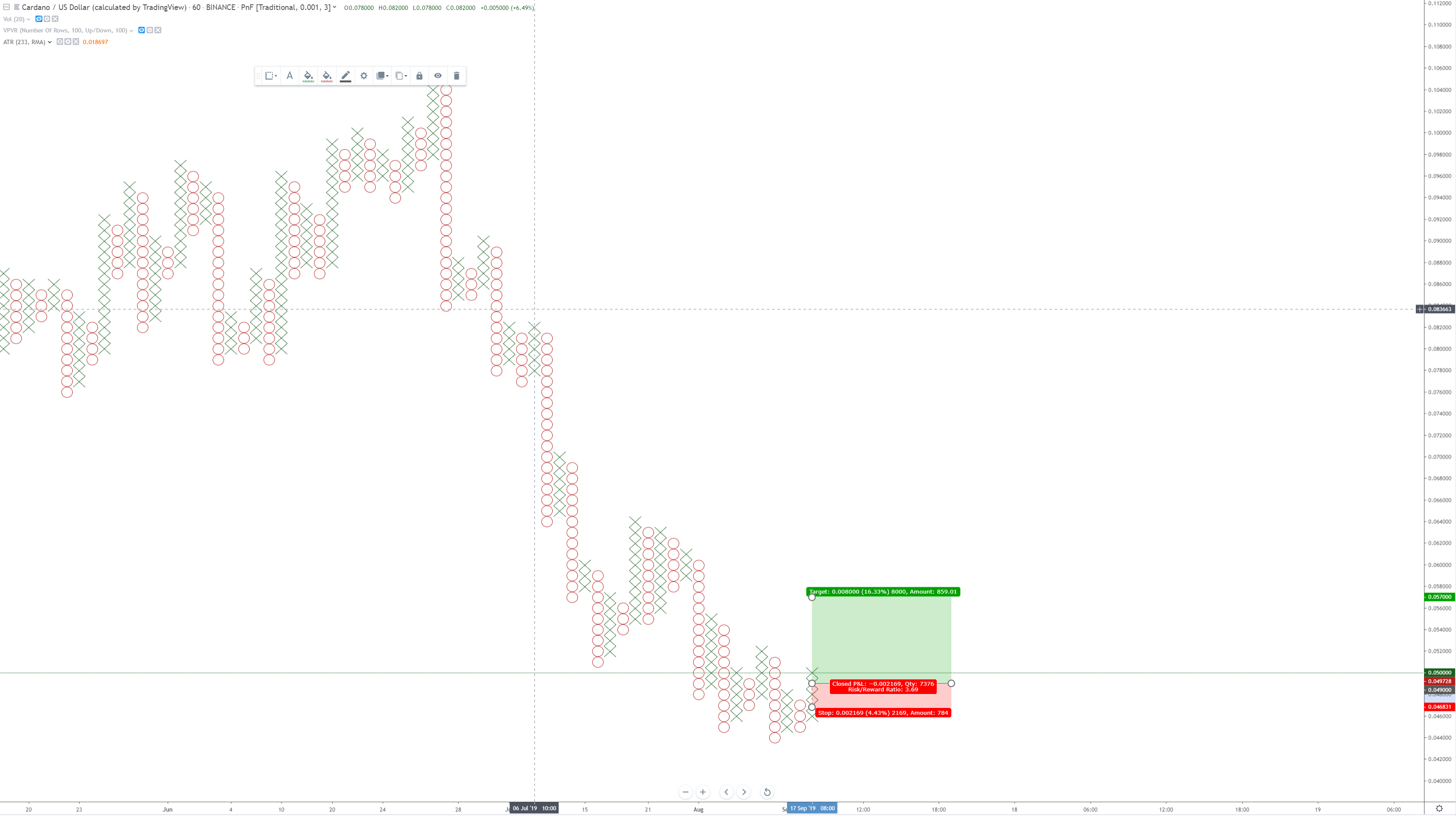 Cardano’s performance has been excellent today. Cardano is experiencing the biggest daily increase it has had since August 10th, 2019. It has been outperforming Bitcoin and the US Dollar by over +6% on the day. We can predict and forecast a future profit target by utilizing a Point & Figure chart. By utilizing the methods described in Jeremy Du Plessis’s book, “The Definitive Guide to Point and Figure Charting”, we can calculate those predicted targets. On Cardano’s ADAUSD chart, the target is $0.057 – or +16.33% above the entry at 0.05. 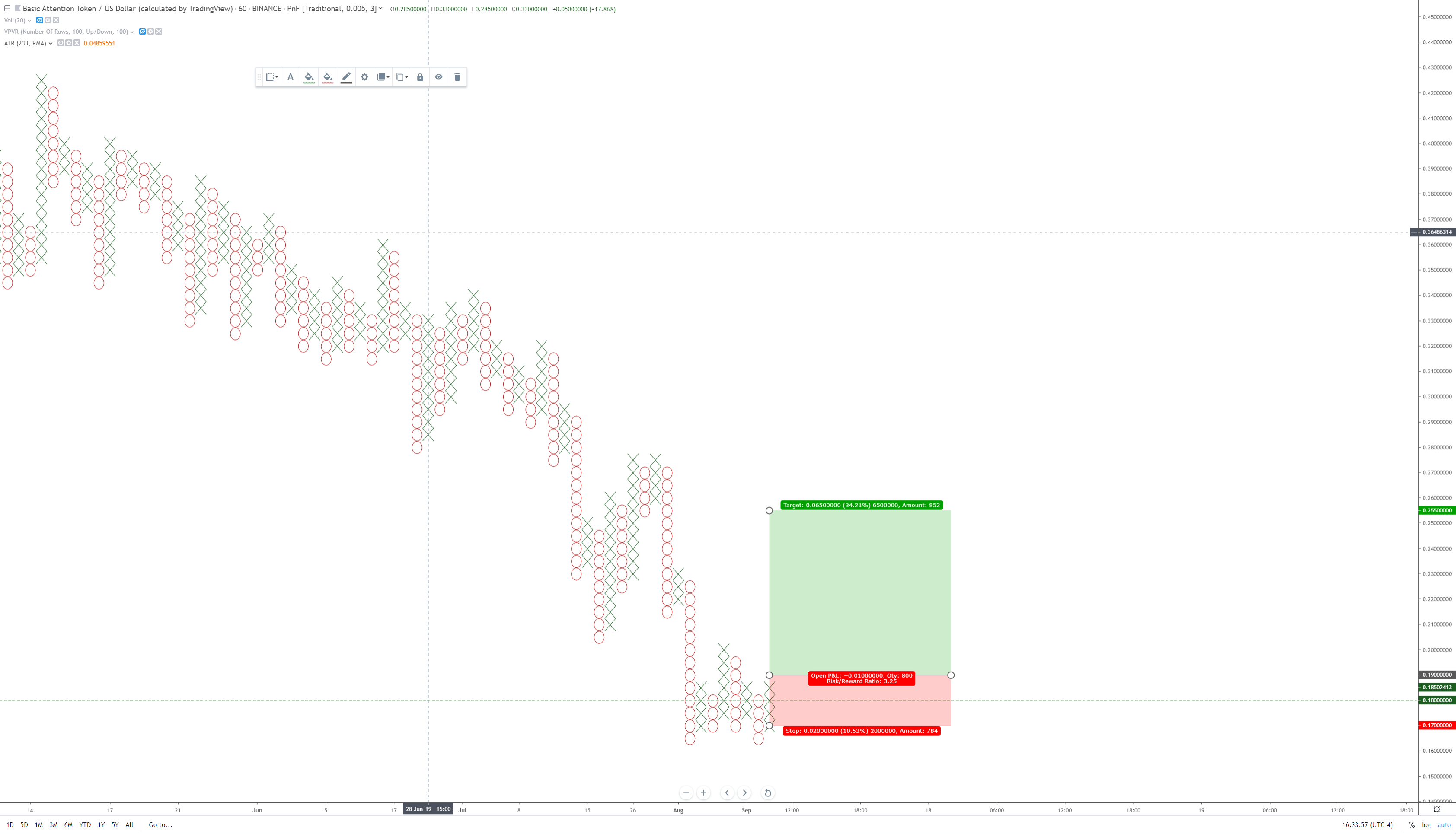 Basic Attention Token (BAT) was one of the altcoin market’s bright stars in early 2019. But it has suffered the same fate as the broader altcoin market by continuing to drop and lose value against both Bitcoin and the US Dollar. But there is some light up ahead. An entry at the $0.19 level would put Basic Attention Token above a double top that has formed at $0.185. The profit target here would be a substantial amount above the entry – about +34% higher at 0.255. From a much higher box count on the Point and Figure chart, we could easily double the predicted profit target, but taking profit at 0.255 would be a good spot to hold, there is a lot of historical resistance at that level. 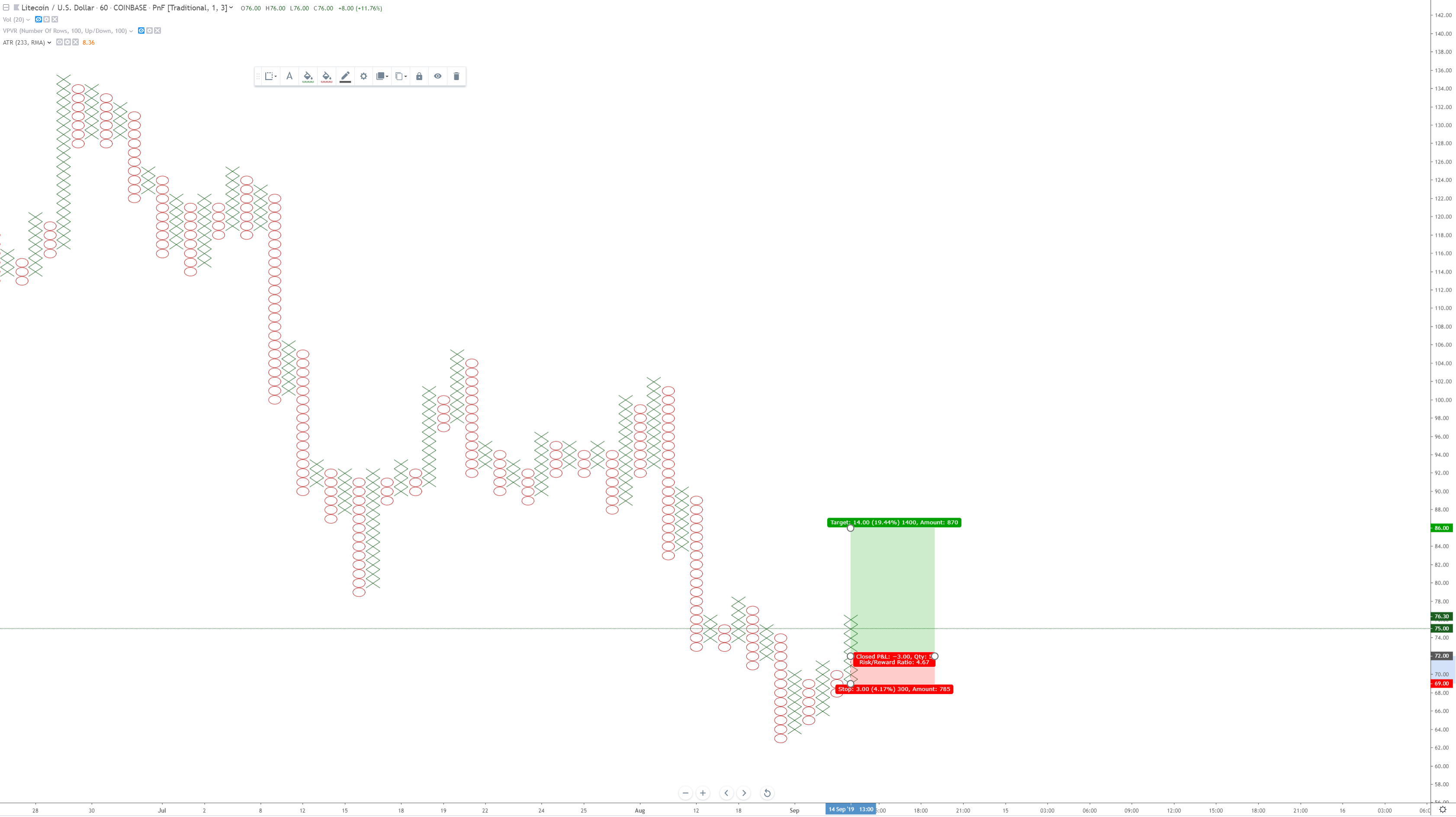 Similar to Basic Attention Token, Litecoin was a star for the altcoin market in 2019. Litecoin enjoyed nearly a 4x gain from its 2018 bear market lows. Much of the rise was due to the halving event, but prices have since dropped over 50% from its 2019 highs. The current move for Litecoin is strong. An entry at $71 was a break of a double top at $70. The calculated profit target from that entry is at $86, which represents a nearly +20% gain from the entry.